Must Do’s in Ayutthaya, Thailand | 24 Hours

Short on time but want to see the old capital of Thailand? Crush them in 24 hours with this guide of what to see!

Got your fill of Bangkok? Looking something more low-key and chilled out? Head north out of the city about 80 kilometers and you’ll be in what was the old capital of Thailand: Ayutthaya. I spent a considerable amount of time here myself early on in my Asia trip, largely due to mistiming of the train schedules to Chiang Mai. But with every hiccup in planning you can always find the positives: more time for exploring!

Ayutthaya is rather SMALL in comparison to the current capital of Bangkok. Its surrounded on all sides by Chao Phraya River making it perfect to fend off any invaders. It’s home to many famous temples and a lively night market scene, not to mention you can take a short river cruise – giving you a glimpse into daily lives of its inhabitants. Ayutthaya is so close to Bangkok that you can make a day trip out of it! If you do here are some of what you got to see!

NOTE: You can book a day tour here – or hitch a ride on the train and rent a scooter or bicycle once your arrive. I opted to walk the city which took a long time but I had nothing but that on my hands.

8AM-1PM: TEMPLE RUN
Ayutthaya Historic Park
Purchase the Historic Park Pass for the day as this will allow you to access all the temples in the city. The pass itself is 220 baht while each temple individually is around 30-50 baht. Go to a few and the pass has paid for itself already!

I suggest you start early on your temple run as I did: 730AM. This will allow ample time to beat the rush of tourists in vans with the same game-plan as yours. Do one big loop to hit all the major ones early in the day to stay ahead of the crowds (I found that the same crowd at the first temple was trailing me throughout the day.)

I started my day by walking to this temple as it was the closest in distance from where I was staying. I arrived well before the gates opened so  it allowed me to scope out the premises before the hordes arrive. Up until now I have only seen more modern temples via Bangkok so these were a gem to view. All the ancient ruins of the day’s exploration would satiate my appetite for the old world.

Also in Wat Pra Mahathat you will find the famous Buddha head that seemingly has morphed itself into the banyan tree. Many flock here just to view a glimpse of this so use it as an opportunity to explore the remaining grounds quickly. It’ll almost be like having the joint to yourself! 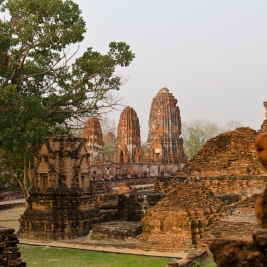 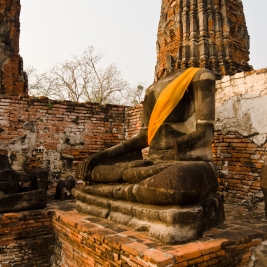 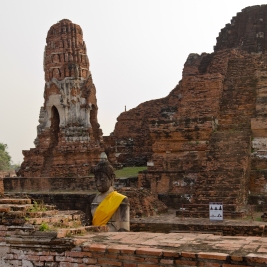 Within a stone’s throne of Wat Phra Mahathat is Wat Phra Sri Sanphet. This mighty dome trio stand tall and seemingly unscathed from the centuries. Although the surrounding domes didn’t fare so well in comparison. These were impressive in just their sheer size alone! I caught myself with a craned neck when trying to view their immensity. 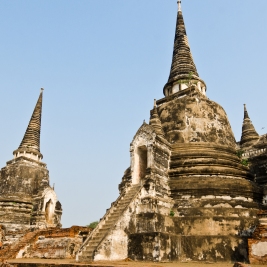 Take a few more steps from the previous temple and you’ll arrive at Wat Phra Ram. I actually took a lot of steps cause I got lost coming here – in my defense the temples started to look alike! Not many people visit Wat Phra Ram, making it seemingly barren. There were one other person there – who I saw at the previous temple. We would run into each other much on this day of exploring.

The massive tower stands solo among a meticulously well taken care plot of green. The stones and bricks are rough to the touch, standing to true to how old this marvel is and what care it was given during construction to stand so long. Take your time walking about here as you won’t run into another soul for quite some time.

This is a more reminiscent of a modern pagoda one can find back in Bangkok. Inside it housed a Buddha almost about the height of the building! The architecture was extremely striking to me so I spent more time admiring its outside. This was better than feeling like a sardine in a can on its inside. You’ll run into a lot of school kids on field trips so watch your step!

NOTE: The next two temples are ones you’ll be able to visit when you take the evening river cruise. They both are on the other side of the river so instead of opting for ground transport I wanted to wait until the evening to check these two out.

Wat Phutthai Sawan housed a reclining Buddha clad in traditional robe attire. The tower in the distance made for an impressive backdrop as well. Altogether the stop here was much needed break from the morning’s temple visits and the craziness it brought. 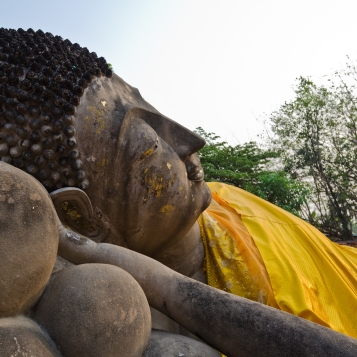 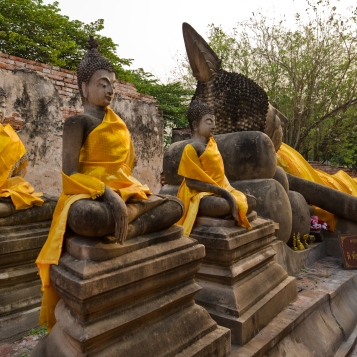 This was the last stop of the day on my temple run and arriving via boat to the shore couldn’t have made it any better. At first glance you will recognize the temple if you watched a certain Kombat movie of Mortal beings from the mid 90s.

Yes, this was THE temple filmed in the first installment of the Mortal Kombat films!

Don’t let only that notoriety fool you into thinking that it’s all Wat Chaiwatthanaram has to offer, oh no! I think of all the day’s temples this was by far my FAVORITE one. The lines, the towers, and the sun being the backdrop – nothing could have topped it, not for a while at least. More on that in future posts!

If you survey the grounds you’ll find many of the statues with their heads missing. Sad to report that nothing is sacred in the hands of thieves. Although a few of the statues are destroyed, the allure and mystique of the place can still astounds. Come here during sunset – you’ll thank me later. 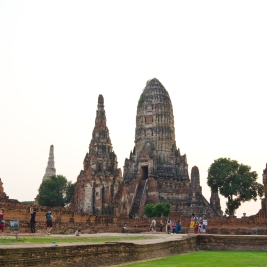 Last but certainly NOT LEAST to visit is Wat Ratchburana. What made this temple special is the fact that they ALLOW you to scale to the top of the tower. Please do not do this at the other Wats’, but please be careful when you scale this one. These are ANCIENT, sacred places of worships – treat it with utmost respect and care.

That said I caught the sunset from high upon the tower on another evening. You can definitely squeeze this in the 24 hour run but I wanted to catch a different vantage point of the city. Super glad I made it back to this spot at golden hour! One of the lesser known temples making it a desolate place when I visited, just perfect for me!

Check it out and let me know your thoughts!

NOTE: Inbetween temple runs the weather was so hot I had to change out of a few shirts! It’s a good chance from now until the river cruise to seek refuge from the IMMENSE heat of midday. 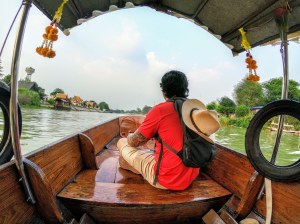 You can spend 2 hours in the evening on a boat that will take you around the whole of Ayutthaya. This really makes for a relaxing way to rest your feet if you have been walking as much as I have. From here you can spot fishermen out prepping their rigs before the night’s catch, a few temples lining the riverside (some you will stop at), and multitude of houses to peer into as you stream down the river.

A few of the temples (Wat Phutthaisawan and Wat Chaiwatthanaram) can be visited as part of the boating experience. Kick back, relax, and enjoy that sunset. 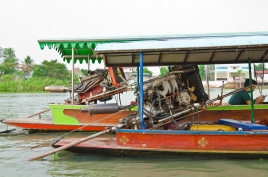 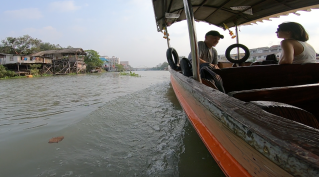 7:30PM-830PM: Night Market
After all those temple runs and a boat cruise you’re going to be famished. What better way to feast both eyes and stomach than a trip to Bang Lan Night Market. It runs daily and on time for the most part. The people here I found were all very charming, making a living off of the food, snacks, drinks and clothing options brought nightly.

I would find myself coming here every single night I was there for dinner without fail. Some of the stalls saw me so much they knew what I would as soon as I approached them, ha! The options at hand were too numerous to name, so go with an open mind, belly, and about 150 baht in your pocket. You’ll leave with a smile on your face, stuffed to the gills, and even with a few baht leftover for some sweets. 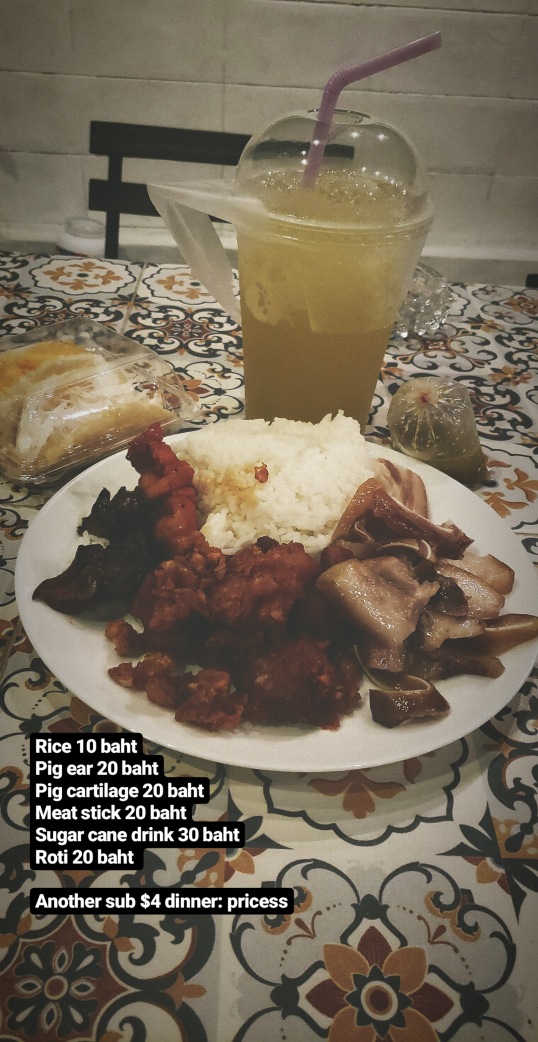 There you have it – my must do’s of Ayutthaya if you only have 24 hours. Hopefully by the end of the night market meal you can find a place to unwind for the night or head on back towards to Bangkok. For me it was to catch the late night train to Chiang Mai and get the heck out of dodge!

View all posts by Jason Phan

"Third Time's a Charm."
"Sometimes you just got to stop and remember nature is pretty fucking lit."
"Life's too fucking short not to be extra."
"What can't be bothered actually looks like." 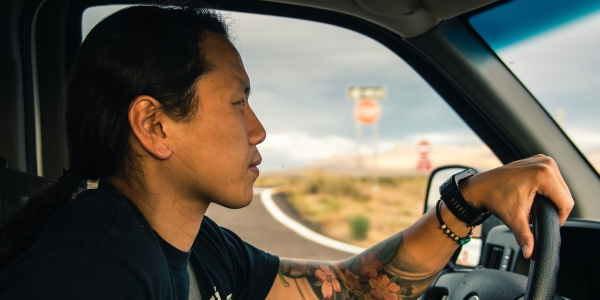 The (Not So) Essentials for Campervanning

Summiting Volcan de Fuego Should Be On Your Bucket List! | Guatemala 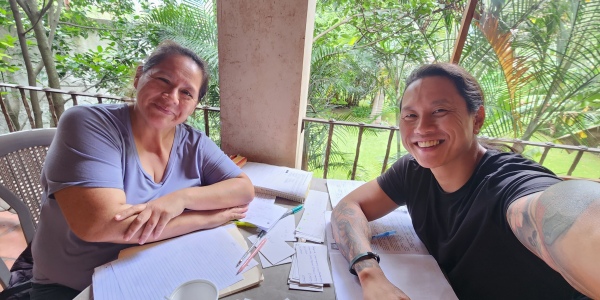 So You Want to Learn Spanish?