Everything you need to know about Cat Ba Island

Cát Bà Island is nestled in Han La Bay, Ha Long Bay’s unknown little sister. Think of the island as the black sheep of the family of travel destinations. Everyone always overlook this little gem when they have had enough of the big city (Hanoi) and want out. But not this guy!

Only a 4-5 hour bus ride plus ferry transfer you can bring yourself out of the chaotic scooter streets of Hanoi and into nature’s bosom. Over half of the island is home to Cát Bà National Park along with some pretty scenic views of the ever famous bay(s). The island covers just over 110 square miles of surface land, with only 14,000 habitants, as it lay in Han La Bay (the biggest in the archipelago.)

Due to it’s lack of popularity (for now) this makes it a great alternative to the ever famous Ha Long Bay chain of islands. Less tourists? Something I can get down with. The island itself is still in the early developing stages for tourism (new hotel resorts are going fast!) so come now before it gets to be too crowded! This leads way to somewhat sleepy streets during the day hours making it the best place to get acquainted with riding scooters. Trust me, you will be riding loads of them in Vietnam, it’s the best way to travel.

I wasted no time in grabbing a scooter from my hostel and headed off into the National Park. The entire ride there the scenery was so raw it reminded me very much of old Vietnamese movies my parents and I would watch on VHS. Nostalgia was certainly felt as Jens and I powered our 125cc Yamaha scoots through the valleys. We took a pitstop to take in the sights, breath the crisp air not yet tainted by summer travelers, and some internal reflections. The views had us thinking of how fortunate we were at that very moment.

My first hike of the trip, my first any sort of physical activity at that to be frank, had me feeling some type of way. Looking back on Thailand made me wish I hadn’t eaten too many meat sticks. Jens was having it a bit tougher than I. But let this by no means deter you as the weather certainly played a vital role in our slow ascent.

The air is thicker up in the northern regions of Northern Vietnam. It’s heavy on your chest and the humidity is oppressive at best. I would rate the walk to the summit as easy-medium, but difficult due to the dense, humid tropic-like air. PACK PLENTY OF WATER!

NOTE: There are guides upon request that can teach you more about the park and the animals who inhabit it. Due to it’s low tourism numbers the park is still in pristine shape, with little rubbish around. Makes me soul happy to see that.

A mix of stairs, sharp inclines, a few rock face ascents is all that separates you from the summit of the mountain. It sounds way harder than it is believe me so you will have no issues if you are even a beginner hiker. The rewards for such efforts will be given handsomely in the form of vistas that rivals that of the eastern seaboard mountain ranges of the U.S. In my honest opinion of course!

You’ll find an endless range of mountain peaks chained together that seemingly goes on forever. During my Vietnam trip it would be moments like these, among many others, that pulled more towards the beauty of this country.

VISIT THE HOSPITAL CAVE
With a tour or solo you can also explore the Hospital Cave that is on the way to the national park. Used in part for the Vietnam War to treat all the wounded fighters this hospital was built directly into the cave. Its dark, cavernous, and musty so unless you’re big on Are You Afraid of the Dark scenarios a quick stop on your way to or from the park is on order.

In all honesty it kind of gave me the creeps. Not the cave itself, I love spelunking, but all the mannequins that have on display in various parts of the premise. If that isn’t enough to give you the heeby jeebies I don’t know what else can!

With the island, being only 110 square miles of surface area, one can get from tip to tip in fairly decent time. After we left the park (ran into some hostel mates at the top and they tagged along) we banzai to the northern coast of the island. The ride was quick and you get to go through a few villages along the way. This is where every day life is still much intact.

Not everyone was trying to sell you something. A few homes doubled as restaurants, kids coming home from school for a midday break still in uniform, and the occasional water buffalo herder tending to his beasts. And I kid you not a few chickens crossing the road!

A dock lies in wait leading you to views of the ever famous mountains arising out of the bay that we have all come to love. From here you have views of large tourist boats going in and out of the rock formation, people carriers hauling locals, and small fishing boats puttering by. Our group grabbed a beer or two and sat down to enjoy the sounds playing along in the background.

The dock makes for a great break to your day to enjoy the view, some drinks and couple of conversations. We must have sat here for over an hour just taking it all in! The funny yet sad part about this was during that time I notice countless tourists simply walk to the end of the dock, snap a photo, and turned right around. I wondered if they even ENJOYED the few seconds they came there for.

HAN LA BAY BOAT CRUISE
If you fancy a bay tour then you’re in luck as many of the hostels/hotels on the island provide such services. The ever popular ones are the 2D1N where you set sail and stay overnight among the scenic formations. You can argue there would be worse ways to wake up than the sun poking through from behind one of the thousands of rock structures.

You will also have a chance to visit monkey beach as well as a fishing village. I highly stress you be careful with interactions on monkey beach as a chance of rabies or the scare of it is real whenever you are dealing with wild animals. In my travels up until writing this post I can attest that these monkeys are real assholes.

The fishing village tops on my list if you’re a food lover. Not too many places you can see the fisherman haul in a catch and head straight for the kitchen. Sea to table. What can be better. You can also take kayaks onto the water and explore the formations yourself for a more interactive experience. Or spend the rest of your days just hanging hammock side and go for a dip when the weather turns for the better.

NOTE: Unfortunately for me during my stay on Cát Bà island the weather was less than ideal, so doing this cruise wasn’t worth it due to poor conditions.

WATCH THE SUNSET FROM CANNON FORT

Not many better places to watch the sun set in Asia than in this very place. Head over to Cannon Fort to find a good seat among other travelers for one of the best shows on the island. Once used as a line of defense by the North Vietnamese army during conflicts with the French in the most recent of memory it has now turned into one of the best scenic vista points. Entrance is cheap, 15K VD, and the paths are clearly marked so you won’t need to worry about losing your step.

On the way to the seating area you can pass by all the tunnels that were installed first by the Japanese during WWII. They have lines of cannons along the way with their operating soldiers mocked up as you walk by to the vista point. Kind of eerie to know that this used to be a battle station.

Once situated you can overlook the bay in all her glory, not to mention all the boats that have docked from the day’s fishing or excursions. It makes for a fantastic sight only made better by the setting sun. But you will notice no sun on my visit! I was told days before the views were AMAZING – goes to show you can plan a pretty picnic but you can’t predict the weather.

PARTY WITH THE LOCALS (RESPONSIBLY!)

Not really known for its nightlife, yet, Cát Bà at night can be a little quiet if you’re looking for a place to hang out. Fear not though as there are a few bars open on the island’s main strip. Close in walking distance you need to just listen to the one with the loudest music and make way towards it.

More than just locals you can find a lot of backpackers in these establishments. Seemingly all wanting a less touristy and more local vibe than the sister bay of Ha Long they have all converged onto this little strip for a drink and a lot of dancing. The music is loud, the crowd is hyped and the whip-its… plentiful. If you indulge, indulge responsibly!

INDULGE IN LATE NIGHT BANH MI
You’re going to get hungry after all that dancing, drinking, and whip-its, trust me. What better business placement than to have a few rolling carts of banh mi just right outside of a bar. If you haven’t become familiarized with a banh mi yet then here is a crashed course in one of the best exports of this country. Banh mi is essentially a French baguette that can be filled with a variety of meats (chicken, bbq beef, but most common is three types of pork), veggies (cucumber stick, cilantro, peppers, pickled carrots and daikon), and paté sauce, can’t forget the paté sauce!

It makes for the PERFECT post bar snack. So perfect in fact that I can have two or three in one sitting. The price is cheap – usually around 5,000-15,000 VD – depending on what you want added to it. Thinking about those now has me salivating!

The island is still in its infancy in the grand scheme of tourism. It’s this infancy that made me choose Cát Bà Island over anywhere else in this region. With untouched natural wonders coupled with quiet streets and a bay that offers the same immaculate views what more can a backpacker ask for? Oh did I mention it was cheap because not everyone has flock to here yet?

I will suggest you take a quick rest before heading back into the capital city onwards to your next adventure. There’s so much more in Vietnam to explore you best get a move on it!

NOTE: I want to note that at the time of writing I want to be honest and say I missed out on Sa Pa, Ninh Binh, riding the Ha Giang Loop and Phong Nha. These are some of the BEST PLACES in the north to explore. You can literally spend an entire month zipping around up here and still not be done! A great excuse to come back sooner than later.

View all posts by Jason Phan

2 comments on “My Guide to Cát Bà Island | Vietnam”

Backpacking Asia on $30 a Day

Bonus Round: Back to Borneo 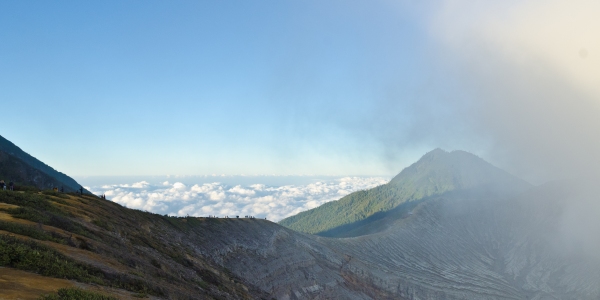